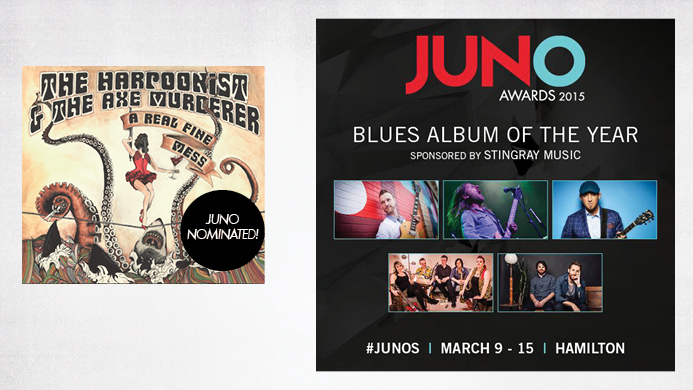 It is with a tremendous amount of excitement that we can announce that A Real Fine Mess by The Harpoonist & The Axe Murderer (released June 17, 2014) has been nominated for the JUNO Blues Album Of The Year.

Hamilton, we’re excited to celebrate the JUNOs with you soon