Spoon River in Alberta this April 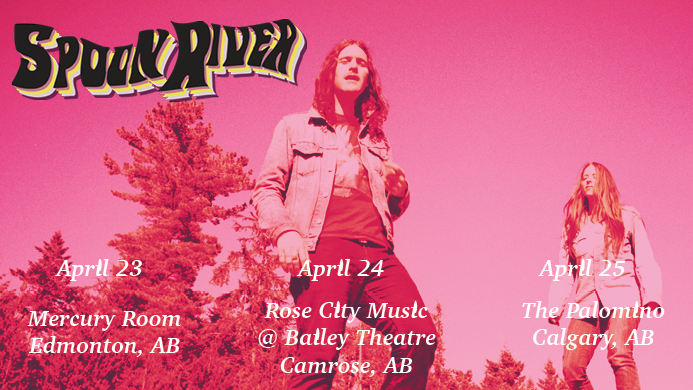 If you’re in Alberta this April, catch Spoon River in Edmonton, Camrose or Calgary April 23, 24, 25 respectively.

Keep up to date with all upcoming Spoon River tour dates here.

What people are saying about Spoon River:

“The right combination of energy, spirit and honest-to-goodness love of the stuff, The New Sun Ahhhhh Hotel has an undeniable East Vancouver flavour.”
– The Vancouver Sun

“Psychedelia meets stoner rock. The band has the heaviness required for bands in this genre, but they also have a gift for melody, and that’s a beguiling combination.”
– New Canadian Music

“There aren’t too many albums that when I first put on and I say, “F#@* yeah!”, but the sophomore album by Vancouver’s Spoon River made me utter those words […] The New Sun AHHHHH Hotel is one of those surprises that you wish could be repeated over and over again.”
– The Revue