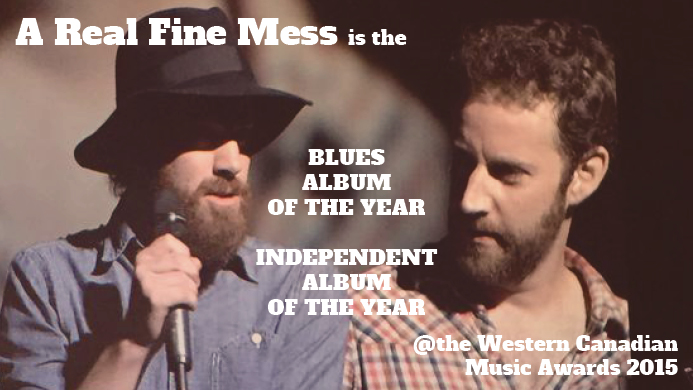 We are so proud of The Harpoonist & The Axe Murderer for their work on their album A Real Fine Mess and the Western Canadian Music Awards have just put the cherry on top. Last night at BreakOut West in Victoria, BC, the WCMAs presented HarpAxe with the:

Check out all of the winners here.

Thank you to everyone for your support of The Harpoonist & The Axe Murderer and A Real Fine Mess!