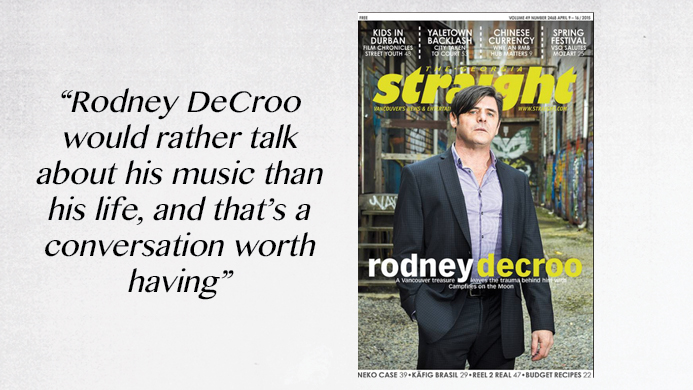 Read Rodney DeCroo’s interview with The Georgia Straight‘s Adrian Mack. It covers his new album Campfires on the Moon, his collaborations, his release party at the Fox Cabaret next Thursday, April 16, and you guessed it- his life.

Article by Adrian Mack. Photography by Rebecca Blissett. And what fine words + photography!

If you haven’t had a listen to featured songs from Campfires on the Moon, listen here: